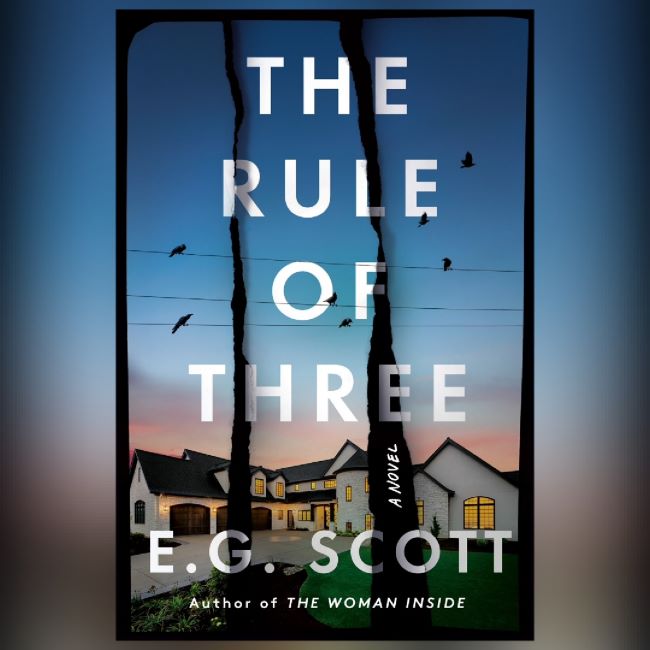 E.G. Scott is the pen name of writing partners Greg Wands and Elizabeth Keenan. Together they have written three novels; The Woman Inside, In Case of Emergency and The Rule of Three. Their first book,The Woman Inside, was an international bestseller that has been translated into twelve languages, and is in development for television with Blumhouse Productions.

Greg, who writes for both the page and screen, will talk about the pair’s latest novel, The Rule of Three, which was released in August.  He will also autograph copies of the book, which will be available for sale courtesy of Books on the Common.

The Rule of Three: Once a week, three women get together for book club in Kingsland, a private, gated community. On the same night, their husbands meet up to play poker, where much more is being planned than anyone could guess. One night, something goes terribly wrong — all three men end up dead or hospitalized, and no one seems to be able to answer the question: What the hell happened?

“With a gripping opening followed by flashbacks to past events to fill in the gaps, Rule of Three is twisty and oh, so satisfying.” —Booklist

Space is limited; please register below.

Number of People Registered for Event: